My pursuit of lesser known London delights has been sadly neglected of late. In fact I'm starting to feel it: I'm getting out a lot but mainly of course to go and sit in a darkened room and watch (or occasionally participate in) people doing things which aren't quite real. Or which are real but symbolise not quite real things. This isn't supposed to be a post about the nature of theatre but it's a bit of a cover up itself. This isn't one of 100 things to love about London, but it is a bunch of slightly random images from the last month or two, surprisingly few of which have been taken on the way to and from arts related events, and which are really just to remind myself that I'm still here, and how much else is. 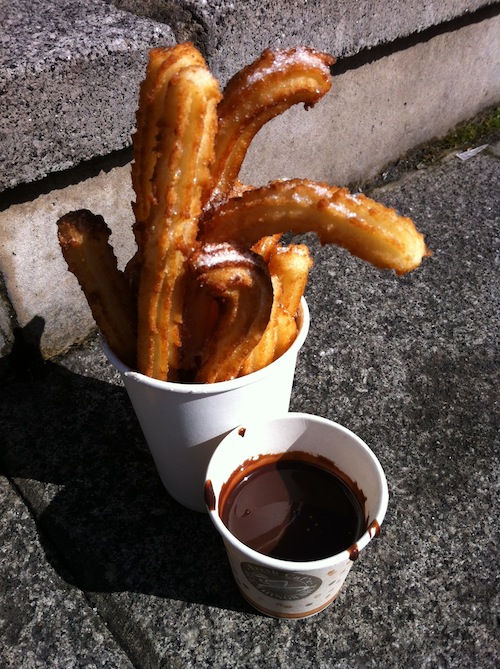 Hot chuzzos and chocolate from the food market behind Royal Festival Hall, at a rare sunny moment. 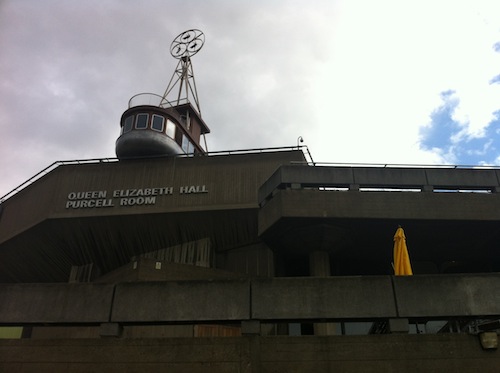 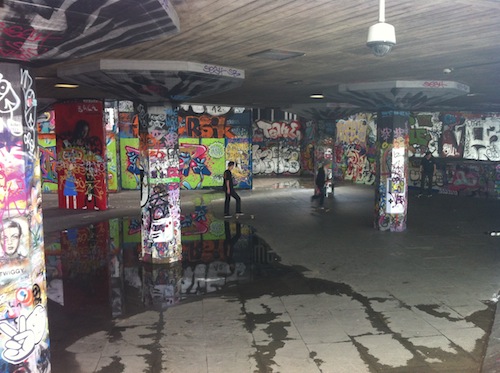 ...and the skate park underneath. 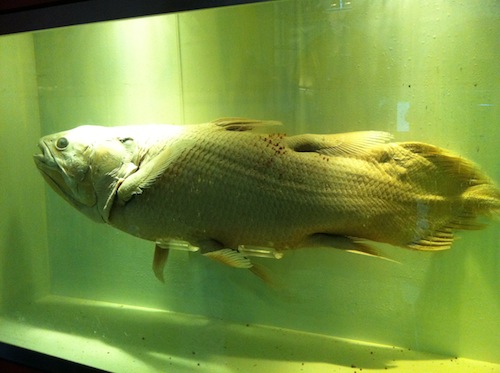 The pickled coelacanth at the Natural History Museum. 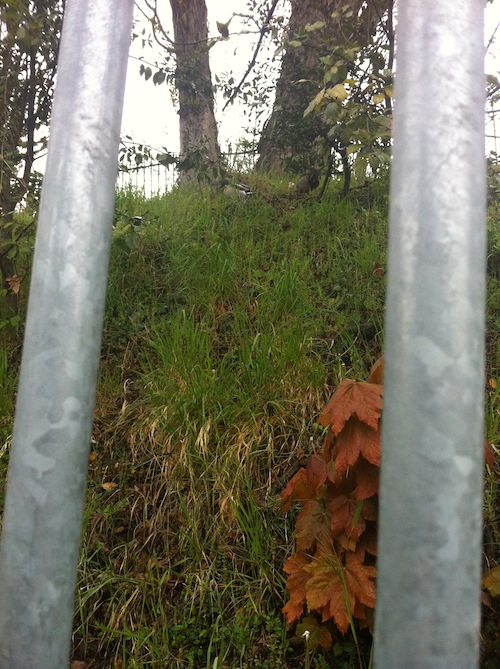 Ducks by Kew Bridge Station (you can just see them if you look closely, up the top of the bank. Ducks are really bad at responding to direction I can tell you.) 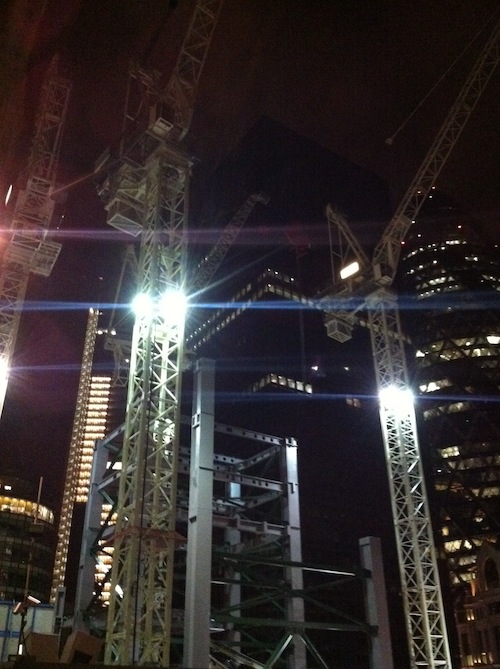 Cranes on a building site in front of the Gherkin - also slightly hard to make out. 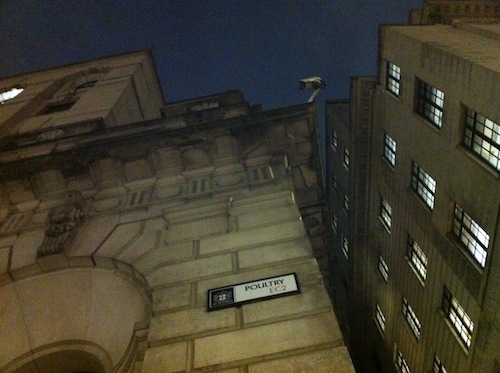 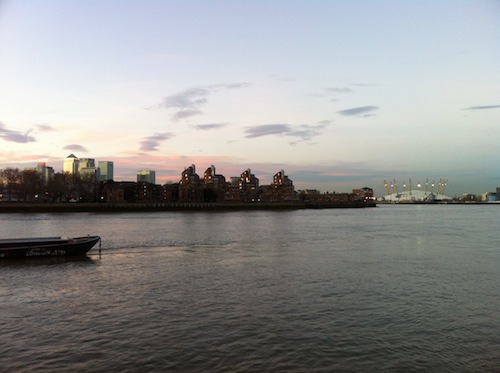 View of the river in East London, with Canary Wharf and what I insist on still calling the Dome... 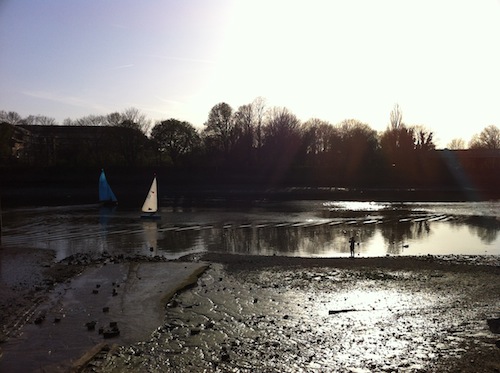 ...and back to West London, with boats sailing on the river at low tide near Kew Bridge.

I'll try and do more soon. Promise.
An occasional post by Bridget at 9:42 PM