I loved this suggestion immediately (thanks, Amber!) when it was made, so I don't know why it's taken me so long to get round to it. Finding out about them just before I went made it even better. They're Grade I listed, the first dinosaur sculptures in the world, and pre-dated On the Origin of Species by six years. It's easy to find them quaint and somewhat amusing now (especially the one which has its head in a bush because no one knew what its face looked like) but they're really not only fun to go and look at but also an incredible piece of history. This and loads more info all on Wikipedia... 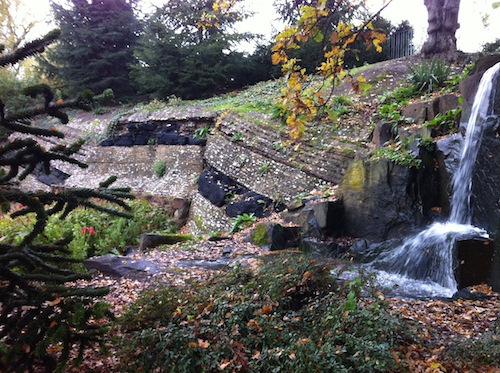 The park also includes this model of geographical strata including a seam of coal. And here are some of the dinosaurs... 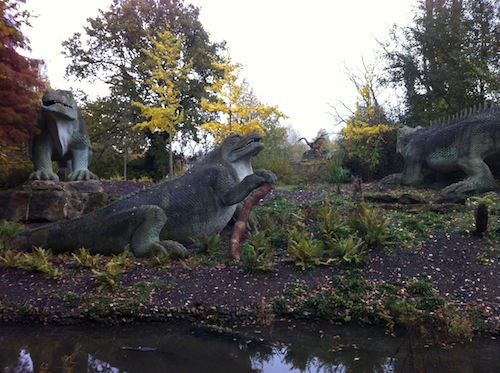 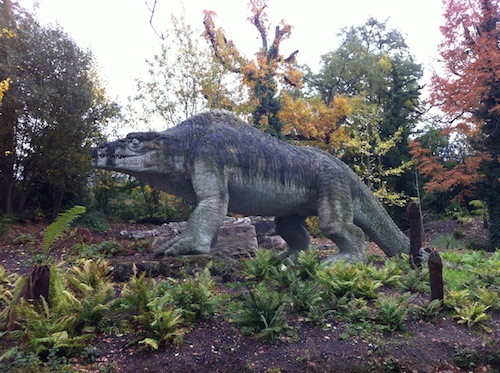 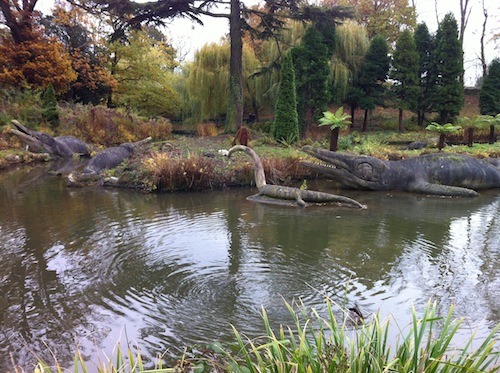 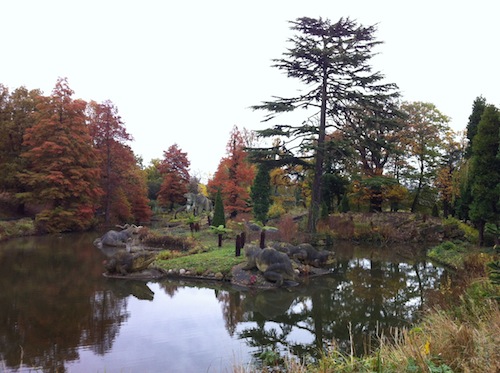 I think my favourite bit were these, the dinosaurs they thought had shells somewhat like turtles - that's been proved incorrect. I liked the signage which gives information about what was thought at the time as well as illustrations of what is now thought to be the case - which of course, may also be already outdated. 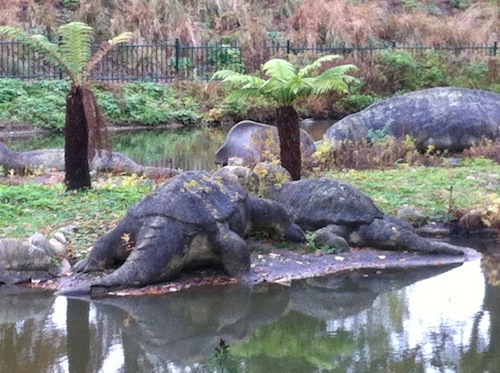 As we walked around it was pointed out to me that this sudden desire to see these dinosaurs just at this moment might be no coincidence, and really just be withdrawal symptoms from being away from the Natural History Museum...  No. I'm sure not. 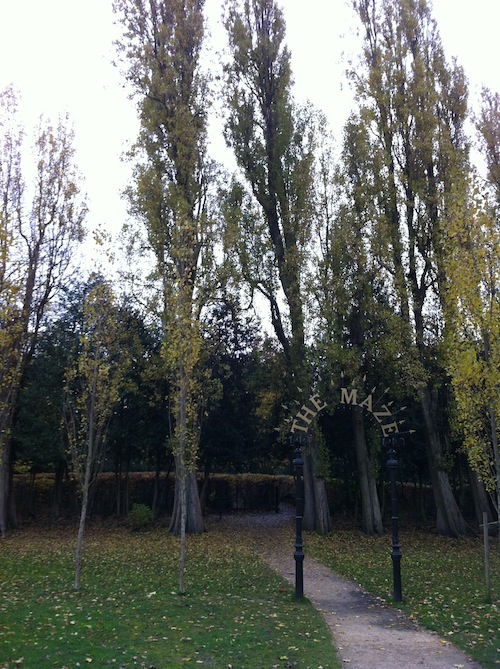 Before leaving we also did the maze - London's largest. I'm sure I've heard from somewhere that you should always turn left in a classical maze to find the centre. We tried it, and it worked. Sort of. Plenty of dead ends later. We decided this still counted, as we followed the dead ends and turned left again. Thinking about it, that might work for any maze, as you'd have to eventually follow all the kinks and turns around... I'm sure someone on the internet knows.
An occasional post by Bridget at 11:43 PM