With the idea in the back of my mind that I might do something like this in London, on my first properly free day after returning home I decided to visit Hyde Park and the Serpentine Gallery - really mainly chosen for convenience because I was meeting a friend in Notting Hill Gate later on and that's only five minutes away from the park. One of the things you forget about London is how unexpectedly close things are to each other sometimes. It was lovely to be able to go on my bike - I've had it in the garage for nearly a year and the hills in Plymouth were always a bit too much for me for very regular cycling. London is so flat! I grew up cycling here and it's brilliant - I even soften a bit towards Boris Johnson because of Boris's bikes. 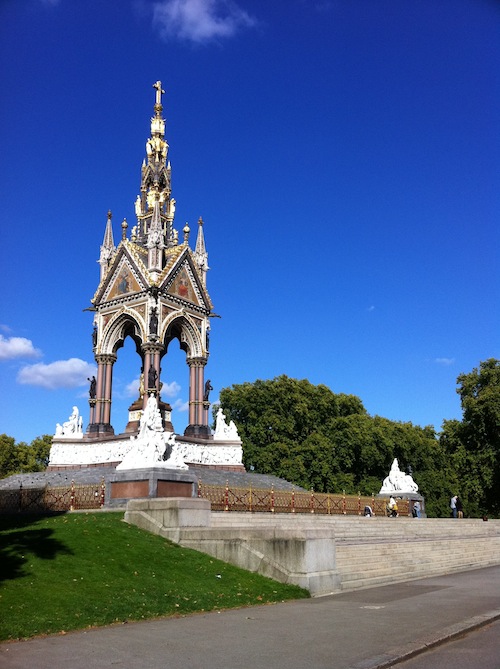 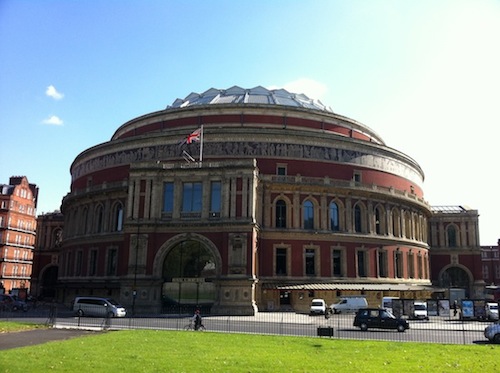 At the Serpentine Gallery I went into this year's Pavilion. I say that very knowledgeably, to be honest I've never been to any of the previous ones though I have a vague recollection of seeing them publicised. To be honest it was a bit disappointing. It's very visually striking from the outside, an angular black shadow which heightens rather than detracts from the prettiness of the gallery building. Inside, you walk through dark corridors which open onto the courtyard inside where a wildflower garden grows - and it's much more colourful than it looks in the pictures, my iPhone couldn't cope with the contrasts of light which are the best thing about it. There are little tables and chairs and you're meant to be able to take a moment to reflect. However, this was ruined not just by the number of people and their chatter but the constant scrape of iron furniture across the floor. It wasn't remotely peaceful. 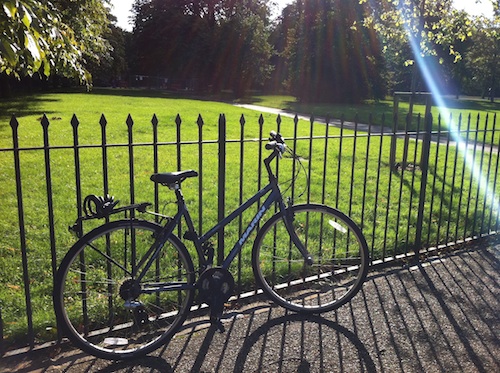 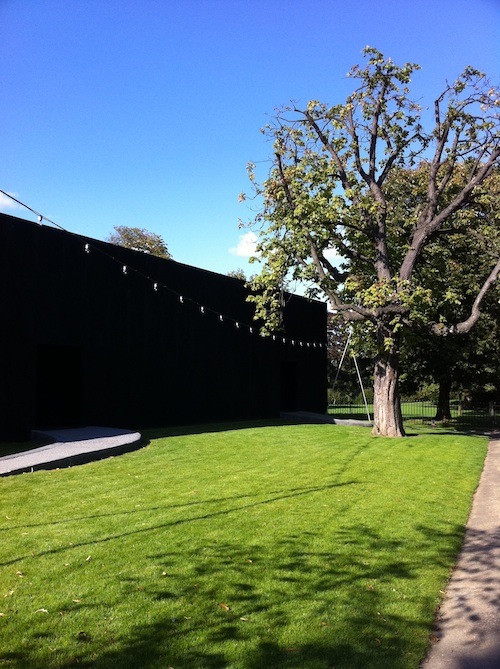 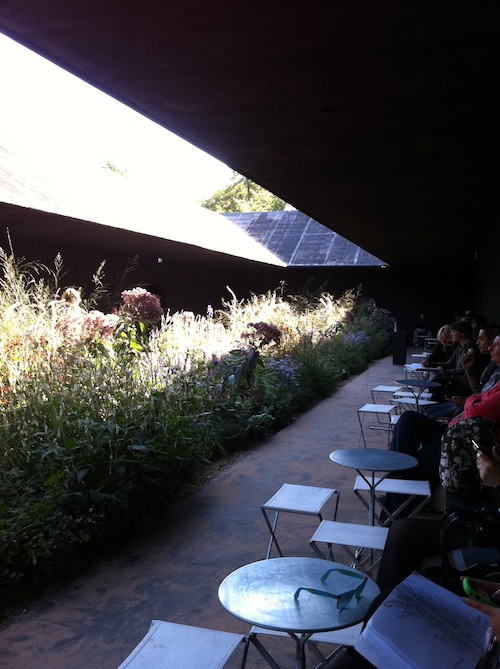 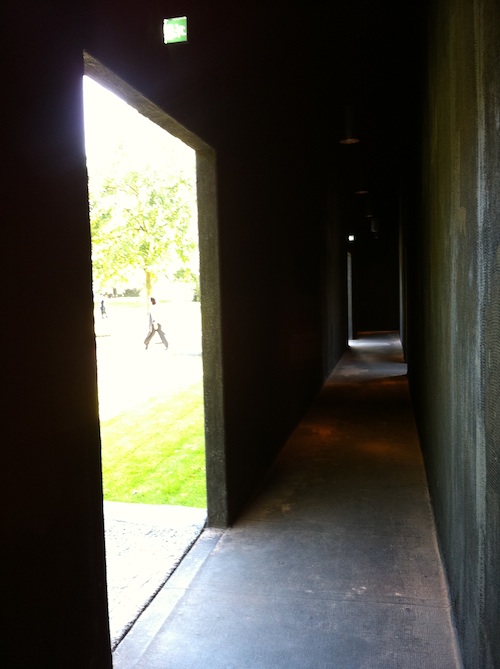 The grass around the other side of the gallery was much more restful. I lay there, enjoying being off on a workday, and ate a frozen icecream from the Word on the Street van. Apparently "street food" has been all the rage this summer - I thought it was just food from a van, haven't we always had that?

In the gallery I didn't realise (stupidly) that you're not allowed to take pictures and got told off. The exhibit was by Michaelangelo Pistoletto and involved wandering through reams of rolled cardboard at chest height and occasionally being confronted by mirrors. Some of them had religious elements by them such as a Christian prayer stool, a Muslim prayer rug, a Buddhist statue, all facing the mirrors. I liked it, but my favourite bit was near the beginning with a round mirror inside the cardboard like a well, reflecting a round skylight above: it was beautiful. From then on it was all a bit the same to be honest. Well, if you've seen one bit of rolled cardboard... maybe I should have been more, I don't know, spiritual about it. Again, other people tend to get in the way of all that. 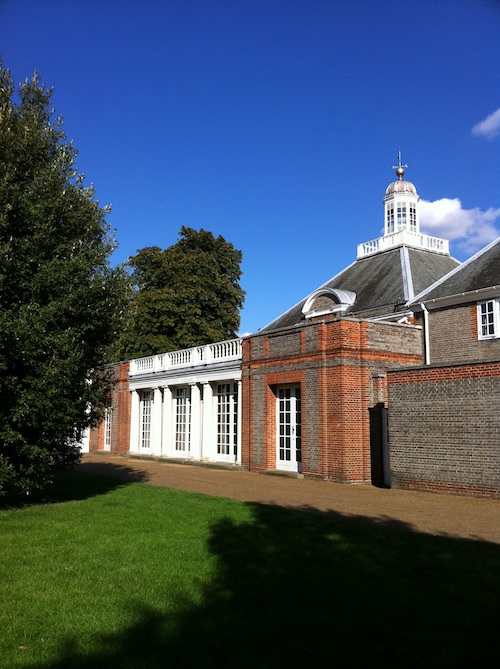 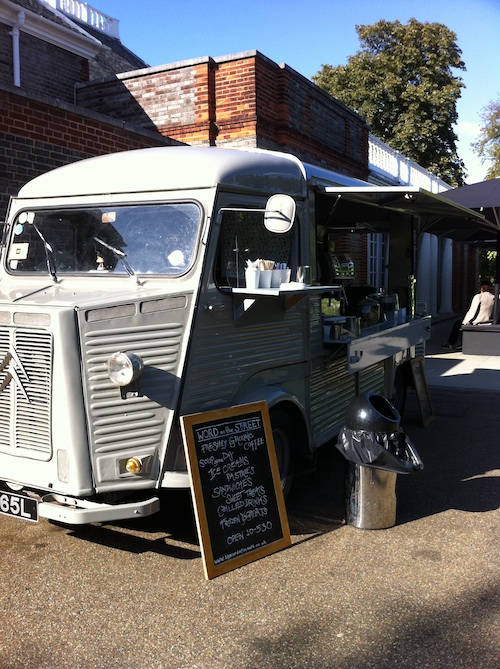 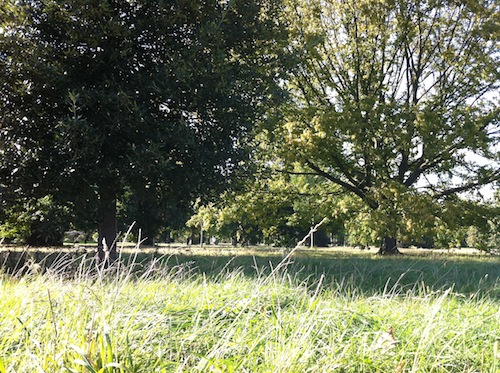 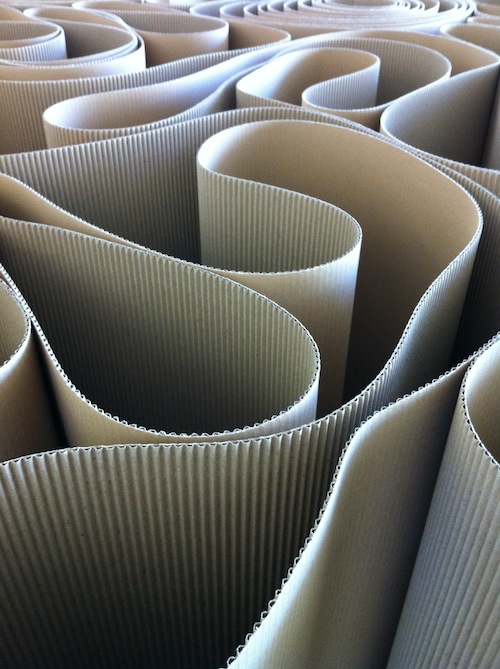 I finished with a bit of a cycle through the park, checking out the lido, drinking from the Lutyen's water fountain and then back and towards Kensington Palace. The Enchanted Palace exhibition is on at the moment, produced in conjunction with Wildworks, which might give it some street cred, but the title sounds awful. The cycle, however, and the day in general, was perfect for reminding myself about everything that's fantastic about this city. It's huge, but you can still bike across it. There were lots of people, but always somewhere to avoid them. The sun shone, the grass in the park was a vivid green, the snacks were good (as well as iced yoghurt there was real apple juice and posh crisps) and there was an unusual exhibition to see and think about. After stopping briefly by the Princess Diana playground for refreshments and a sit in the sun, watching a game of football, I headed for Lancaster Gate and away to Notting Hill. 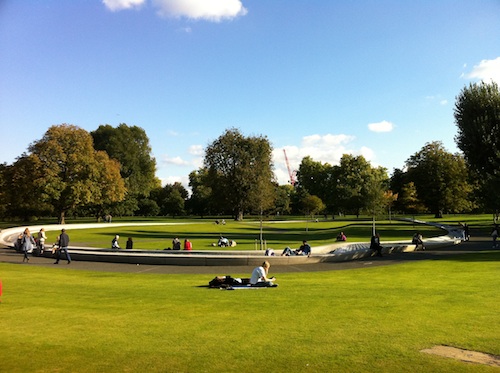 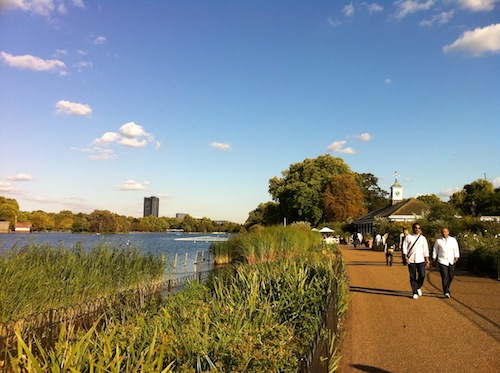 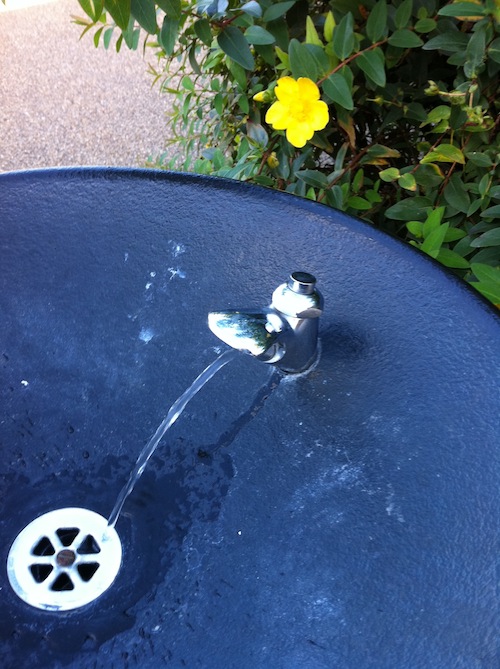 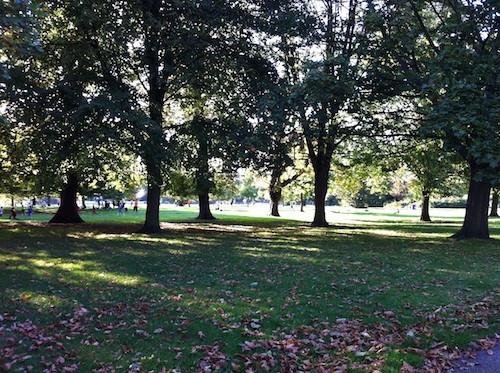