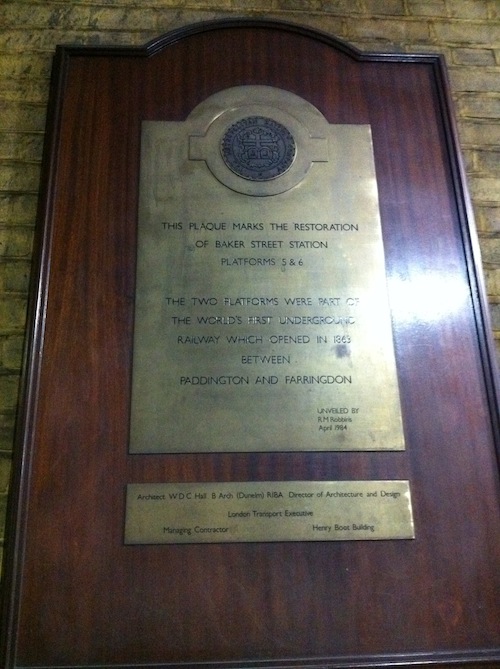 Baker Street is obviously most famous for its associations with Sherlock Holmes and I'd almost forgotten there was a tube station there until being driven past it last week and coincidentally also dropped off there today, returning from Oxfordshire where I'd been for New Year's Eve.

I spotted this plaque on the wall and it reminded me that however much I hate the tube sometimes, it's pretty amazing that here we are, still using the world's first underground railway. This platform, now home to the Circle and Hammersmith & City lines, is the oldest at Baker Street tube station, which was originally built for the Metropolitan and St John's Wood railway (now of course the Metropolitan Line) and was later also a terminus for the Baker Street & Waterloo railway: now the Bakerloo line. For comparison there is a nice chromolithograph of the platform as it looked in 1863 here. 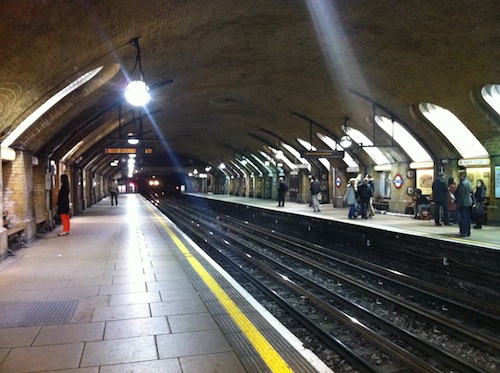