Of all things to love in London, I think street art in Shoreditch has to come pretty near the top of the list. Yet, though I've walked through the area a hundred times, I'd never really looked at until this weekend, when a friend and I had an absolutely brilliant time doing the Shoreditch Street Art Trail by HiddenCity. Of course you could do this more cheaply on your own by just wandering around, but for a bit of a challenge and help finding hidden gems, I thoroughly recommend it to anyone, long term and new Londoners alike. 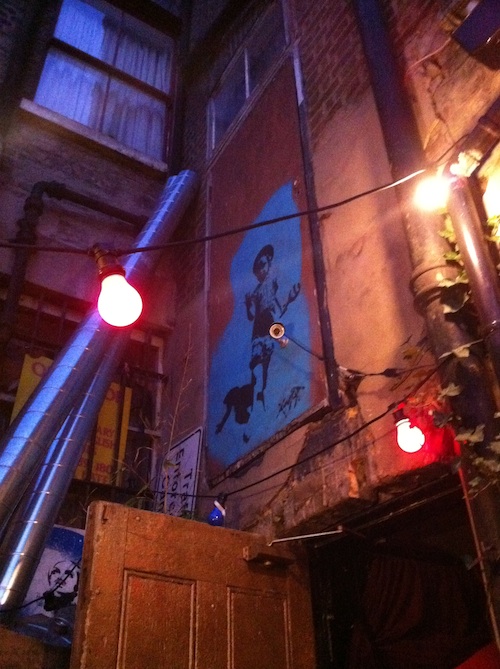 You play this treasure hunt style game in teams - either just one team of two-four people, for the fun of it, or against your friends. We coincidentally started the hunt at roughly the same time (ok, I'll brag, just AFTER though we finished well ahead!) as another pair of people and as we both like a bit of competition it did add a frisson of excitement to our trail. Once you've signed up and paid your £16 per team online, you find the start point (in Hoxton Square), text "START" to the contact number, and you're off with your first, faintly but not too horribly cryptic clue pointing you in the direction of your first piece of art. At each stage you have to first find it, and then answer a question about it, to get the next clue - and it's all timed. You get two half hour breaks in pubs to take a breather and the whole thing took us just over three hours. We sailed through most of it, with finding the art the hardest bit: we did cheat twice, once asking a friendly bartender who gave us a hint and once giving up and using the official "HINT" function only to receive a clue which confirmed we were in the right place already, but just hadn't spotted it yet. 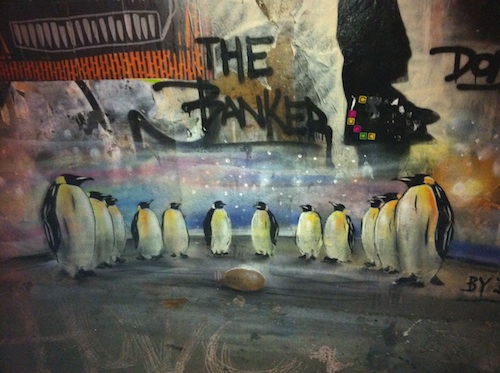 Along the way you see some amazing art (I've tried to avoid photos of the clues here but warn you that some of the links below may include spoilers), yes Banksy included, but also Nick Walker, Scavage, Christiaan Nagal, Ben Eine, Space Invader, Mackay, Conor Harrington, Ronzo and others whose work is unattributed. Suddenly, also, you're looking for it everywhere, and we saw as much that wasn't part of the trail as that was. Shoreditch seems to be an absolute mecca for street artists and although not all of it is beautiful, quite a lot is absolutely amazing.

We had a brilliant time, and although we then slightly ruined our individualist credentials by eating in a commercial restaurant chain, we desperately tried to scrape them off the floor again afterwards by sampling cocktails from, amongst other places, Boho Mexica and the secret bar behind the fridge (ssssshhh) at the Breakfast Club in Shoreditch (though I don't remember the restaurant being where the official website says it is - even more of a mystery. Entirely possible that I was seeing it through a slight haze of alcohol however). I'd had a run of good but safe cocktails so decided to finish with a brave chilli and lemongrass margarita - it was an excellent end to an excellent evening. 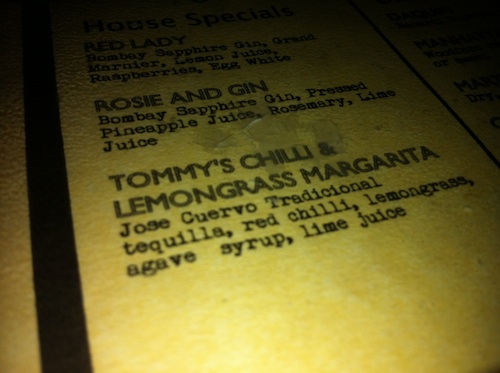