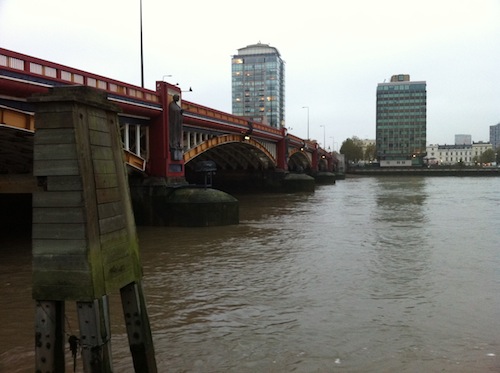 I've walked along South Bank a hundred times and did again yesterday evening, but it's going to have to wait for another time to write it up for 100 things because I was meeting a friend and sometimes (just sometimes!) life has to come first. 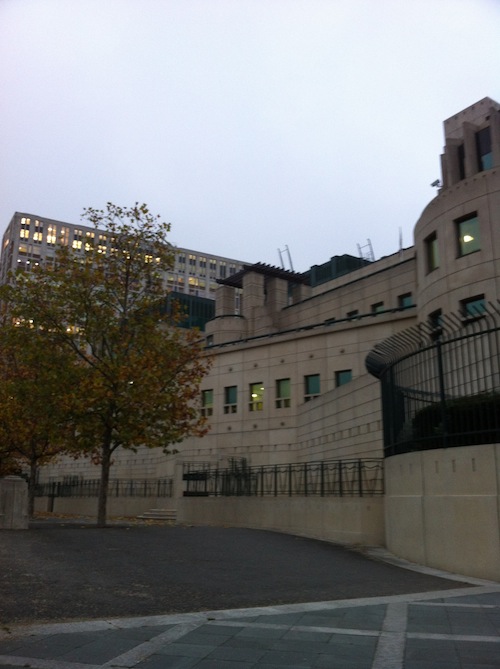 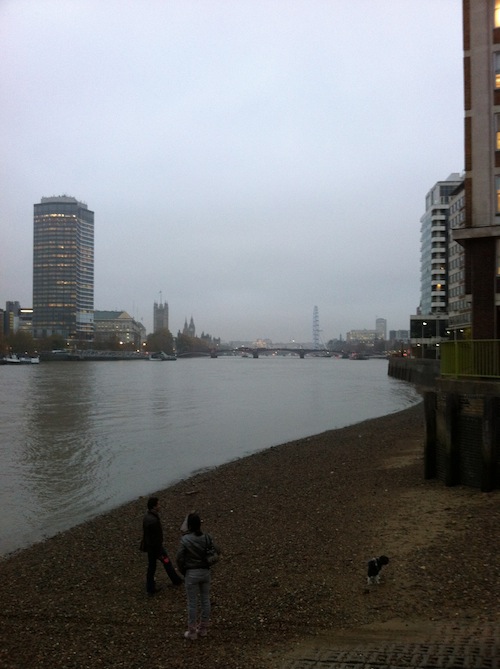 The Vauxhall Bridge part of this walk was therefore done in rather a rush, because I was late, so it turned into more of a route march than a meander. However, it's a part I don't remember walking down before and it was my favourite time of the evening in London, so I enjoyed it nonetheless. I might have to do this again sometime too. I was slightly nervous of taking the photo of the famous MI6 (or SIS) building and lo and behold, the moment I had, a man in a suspiciously bulky vest and all in black appeared hurrying towards me. I sauntered on, trying to look innocuous. 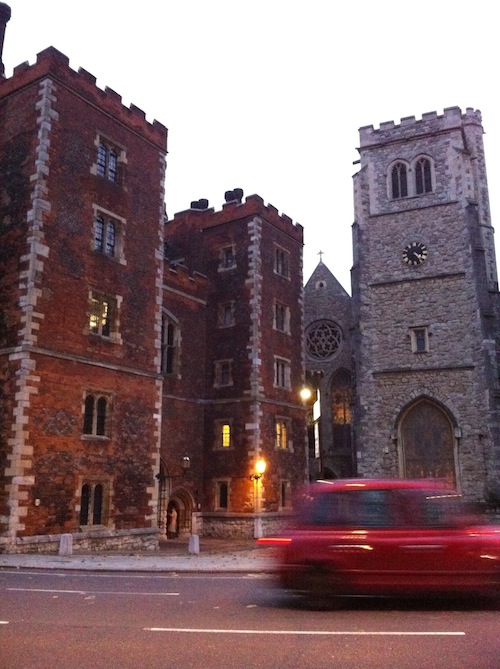 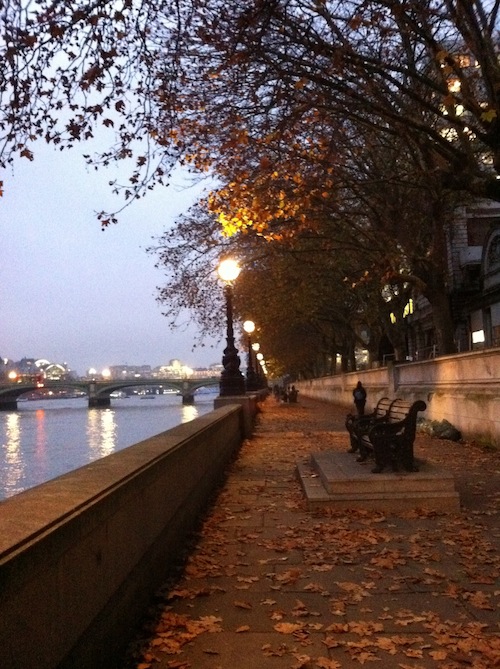 It's terrible for taking photos, but I love a London twilight. It's often not spectacular; quite the contrary. Everything goes rather grey and slightly misty, until there is barely any colour left at all. Yet at the same time, the lights are coming on, and London is lit up in a golden glow. Gold and grey - beautiful. Vauxhall Bridge was a good place to start for this because you get the view up the river to the Houses of Parliament and the London Eye beyond. As I hurried along, past St Thomas's, I heard Big Ben toll the half hour, as a traffic cone floated past. The gardens of the hospital, facing onto the river, were where I watched the fireworks from on Millennium Eve. We'd nearly got suffocated in the crowds but managed to find a slightly more peaceful spot under a tree and drank champagne before walking home through miles upon miles of traffic free but people crowded streets - it felt apocalyptic. 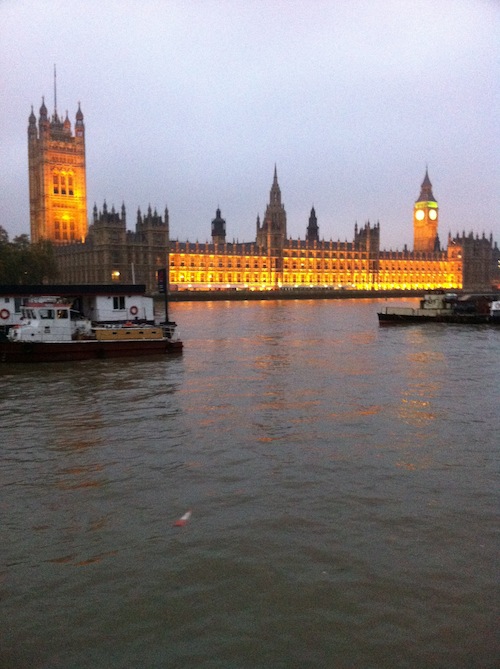 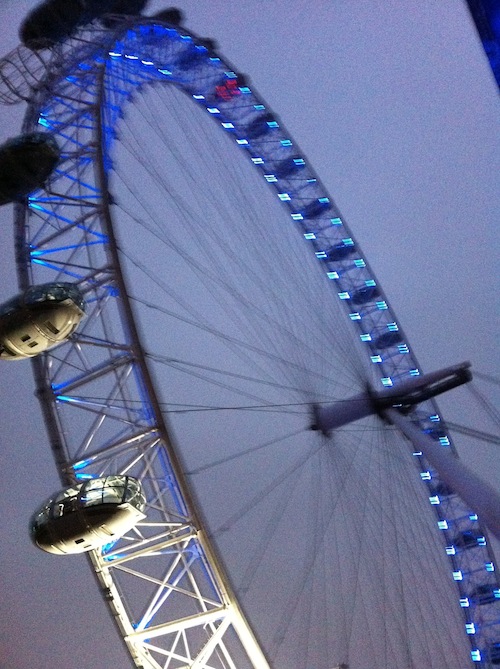 Email ThisBlogThis!Share to TwitterShare to FacebookShare to Pinterest
Chasing: 100 things for free, 100 things to love, the river