It's such an obvious thing to do but I absolutely fell in love with Venice. Despite the crowds, despite the advertising hoardings covering up the Bridge of Sighs, despite the enormous cruise ships and the tourism. I was recommended a fabulous book called Venice for Pleasure and so, although I went to the Basilica di San Marco, and the Doges Palace, and the Gallerie Dell'Accademia, I also spent quite a lot time just wandering around the streets in the company of J.G. Links, having gargoyles and leaning campaniles pointed out to me and finding quieter places like a little coffee shop selling salami folded into hot foccacia and tiny crumbly chewy Italian biscuits which I ate in the nearby square, by Vivaldi's parish church, and a bar in the Public Gardens where birds tried to eat my peanuts while I sipped a bright orange sour Spritz, an acquired taste I think.

The weather was wonderful for two of the days I was there but on the middle day there was an enormous rainstorm when I discovered how slippery the stone streets are, especially when wearing flip flops! That evening I wandered out into the still damp Piazza San Marco which the night before had been full of tourists. It was not quite empty but far quieter and I ordered a twelve euro glass of wine (it did at least come on a nice tray with crisps and a glass of water) and sat for over an hour, listening to the musicians play songs from the musicals. It was clichéd and magical, all at once. 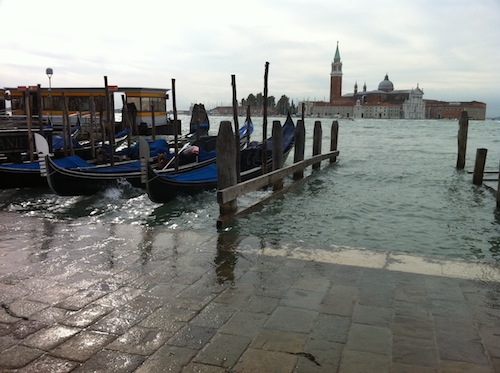 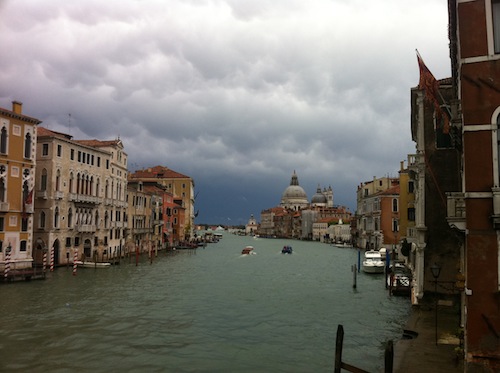 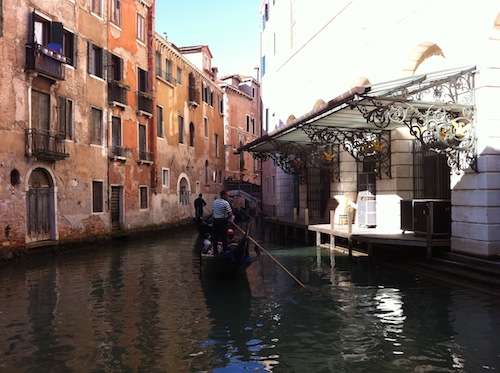 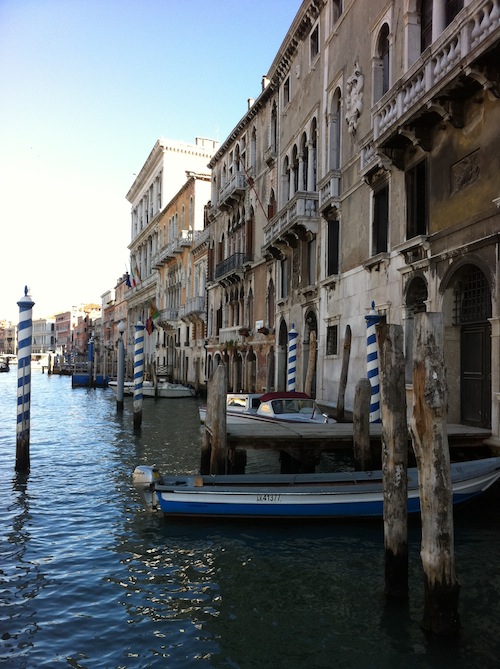 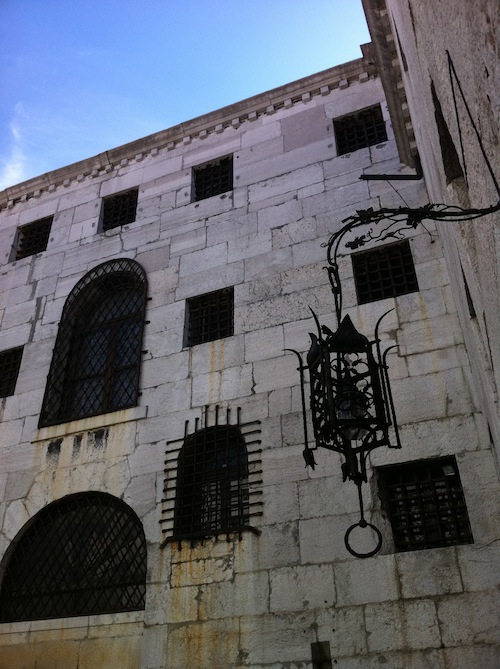 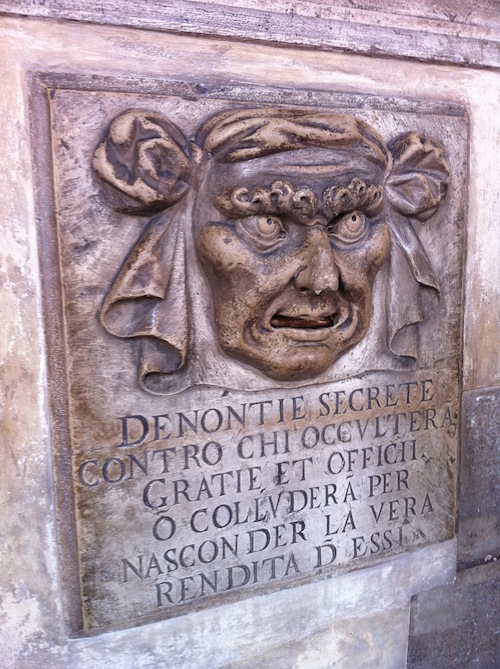 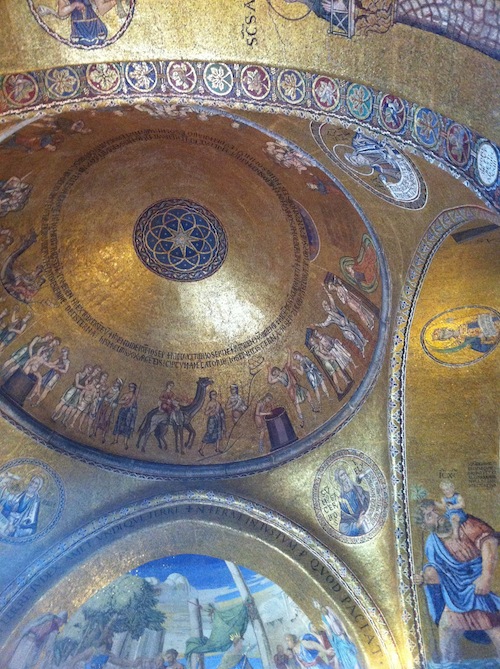 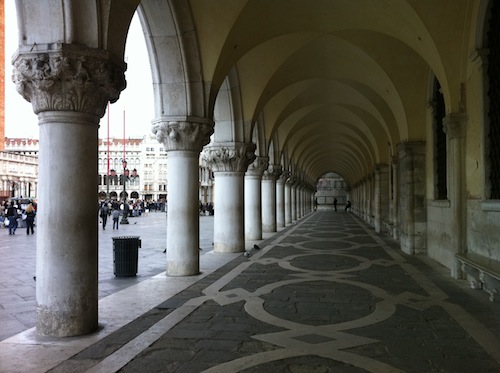 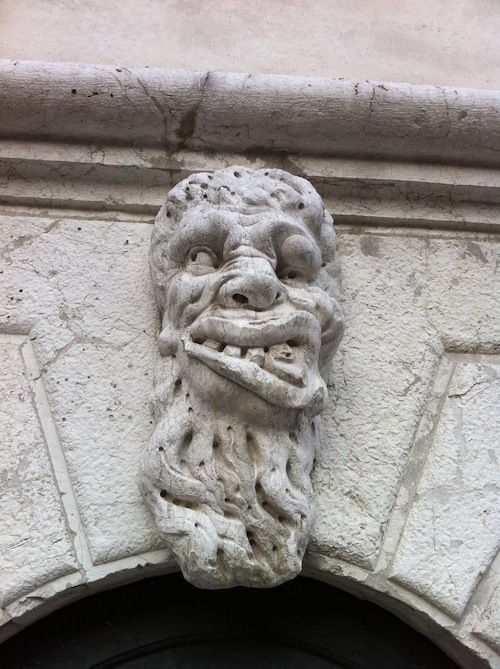 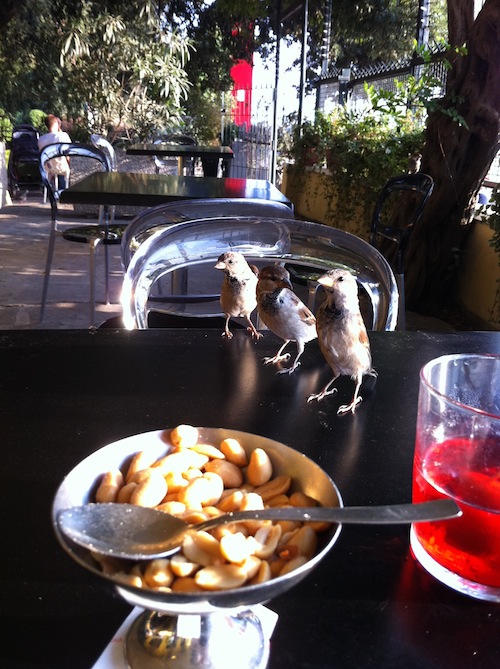 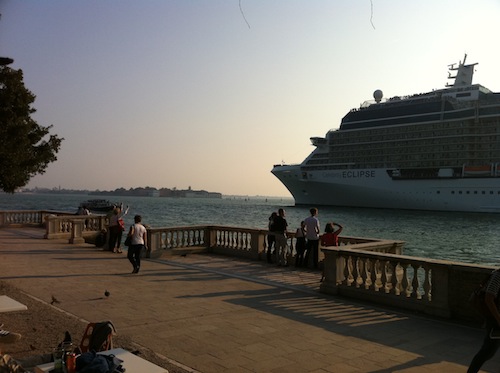 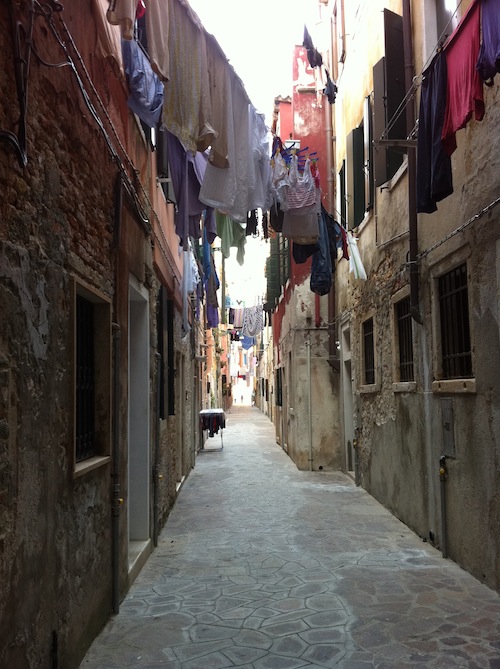 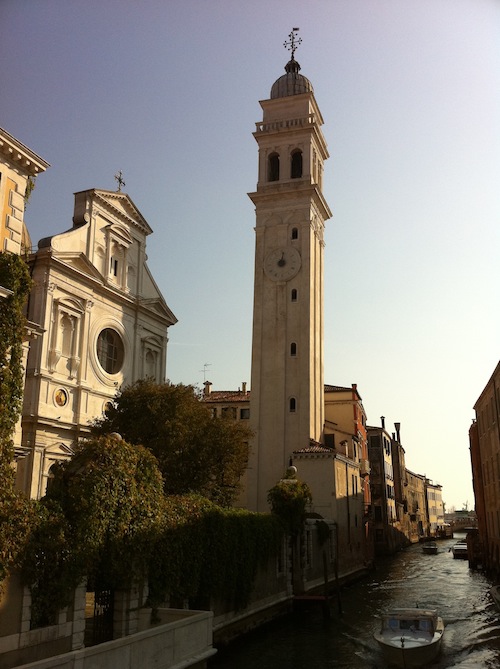 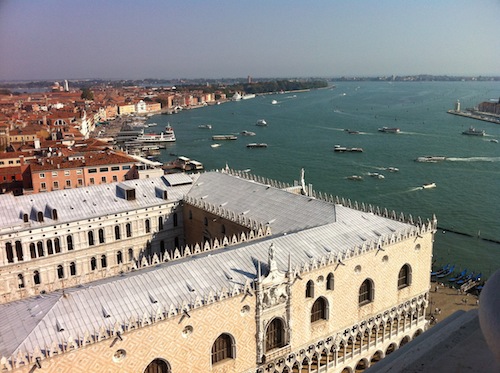